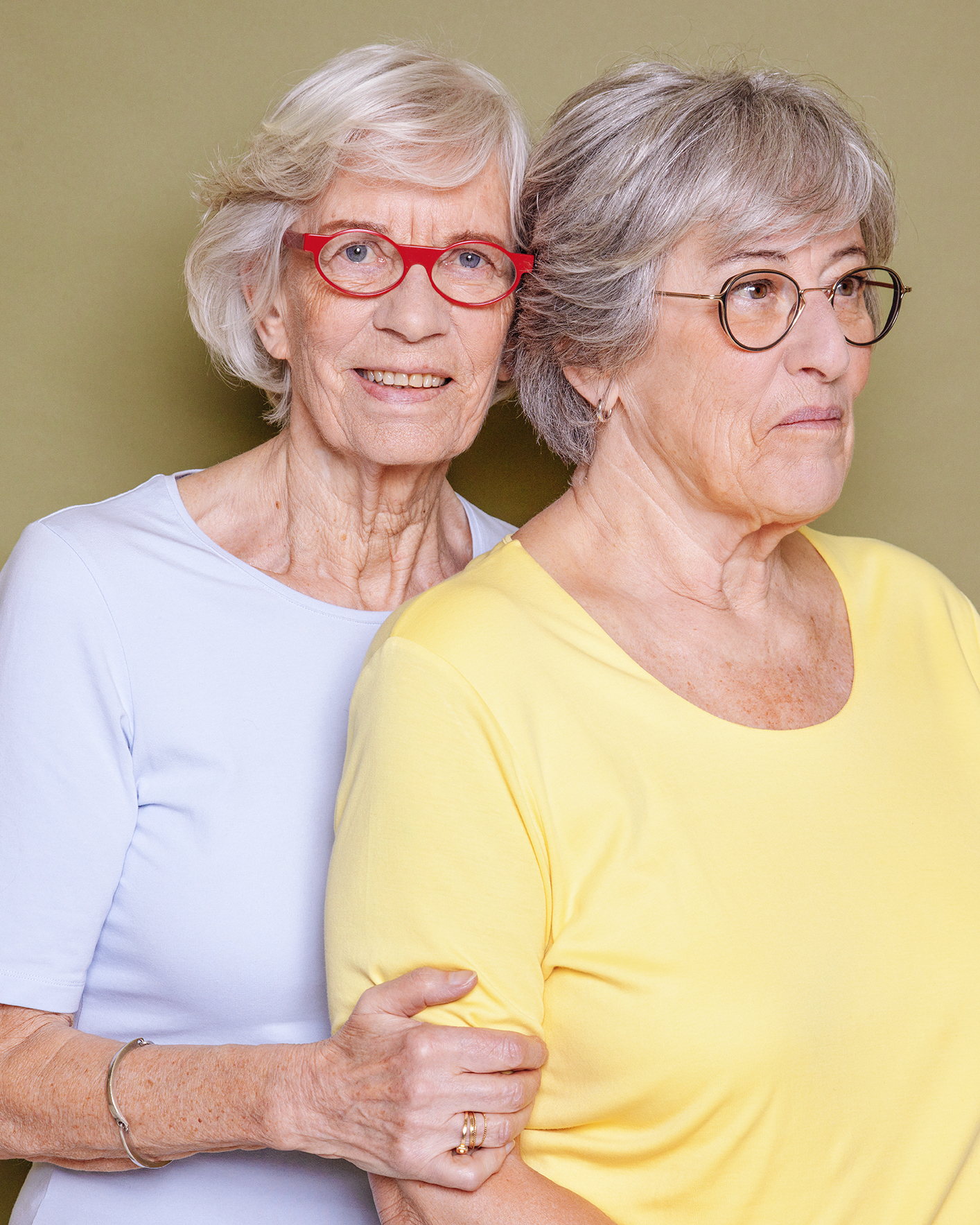 Yna (83, retired teacher) and Gine (78, retired analyst) married five years ago. Because: ‘We figured, what if one of us dies soon? We wanted to have it properly organised for each other.’

Gine and Yna met in the late 1970s, when they were 42 and 38 years old. They had always been alone and wanted to change that. They responded individually to a classified ad in the newspaper. Both had a date with the sender, but with no romantic outcome. What the ad writer did know was where to find other lesbian women. In The Bridge (De Brug).

Gine: ‘It was in a basement, it was dark and small. There were only women present and they danced. With each other! I had never experienced anything like it. Yna: ‘I instantly decided: well, that one and that one and that one, they don’t appeal to me. But as soon as I danced with Gine, I felt a spark. Then she came to visit me once and from that moment on we were in a relationship. Not much later we were living together. ‘

Yna: ‘After meeting Gine, I thought my parents should be the first to find out. My mother reacted exactly as I had expected: she disappeared into the bedroom and didn’t want to hear about it. After a year and a half my parents were holidaying on a campsite in France and I visited unannounced with Gine. I thought: now they will not send me away, they are not that harsh. And I was right. From that moment on, Gine was just part of us. No one spoke about it anymore.’

A bomb also exploded at Gine’s house when she told her parents she was in a relationship with a woman. ‘My parents had never considered that possibility. My father then started to study homosexuality, he read books and so on. Once he understood it, things were good. ‘

Gine and Yna did not experience the years they spent ‘in the closet’ as particularly problematic.

Gine: ‘It was just the way it was. I worked a lot and had a busy life outside of work. ‘Yna:’ It was only when I wanted a relationship that I saw the need to come out. I was very resolute about that. I knew: I want to share my life with a woman, and I will do that. Nobody can stop me.’

They still remember the curious comments about their relationship. Gine (laughing loudly): Remember Austria? Yna: ‘We went cross-country skiing with a group every year. A woman who knew us well one day asked reluctantly: ‘Eeeh, which one of you is actually the male.’

Gine, laughing: ‘you can’t make this up!’ Yna: ‘I told her, without batting an eyelid, that we were both women.’ Gine: ‘A man asked us, deadpan, who was providing for us.’ Yna: ‘It was so ridiculous, he couldn’t imagine a woman earning her own money. So two women together, how would that work financially?’

Yna and Gine got married only five years ago, and that occasion was also down-to-earth. With a witness each, they went to the town hall and afterwards they had lunch on the top floor of the A’DAM Tower. ‘With that swing, you know.’ Wedding rings were no longer needed: ​​’We both had had a ring around our finger for 38 years. These were engagement rings, which we gave each other when we bought our first house.'<