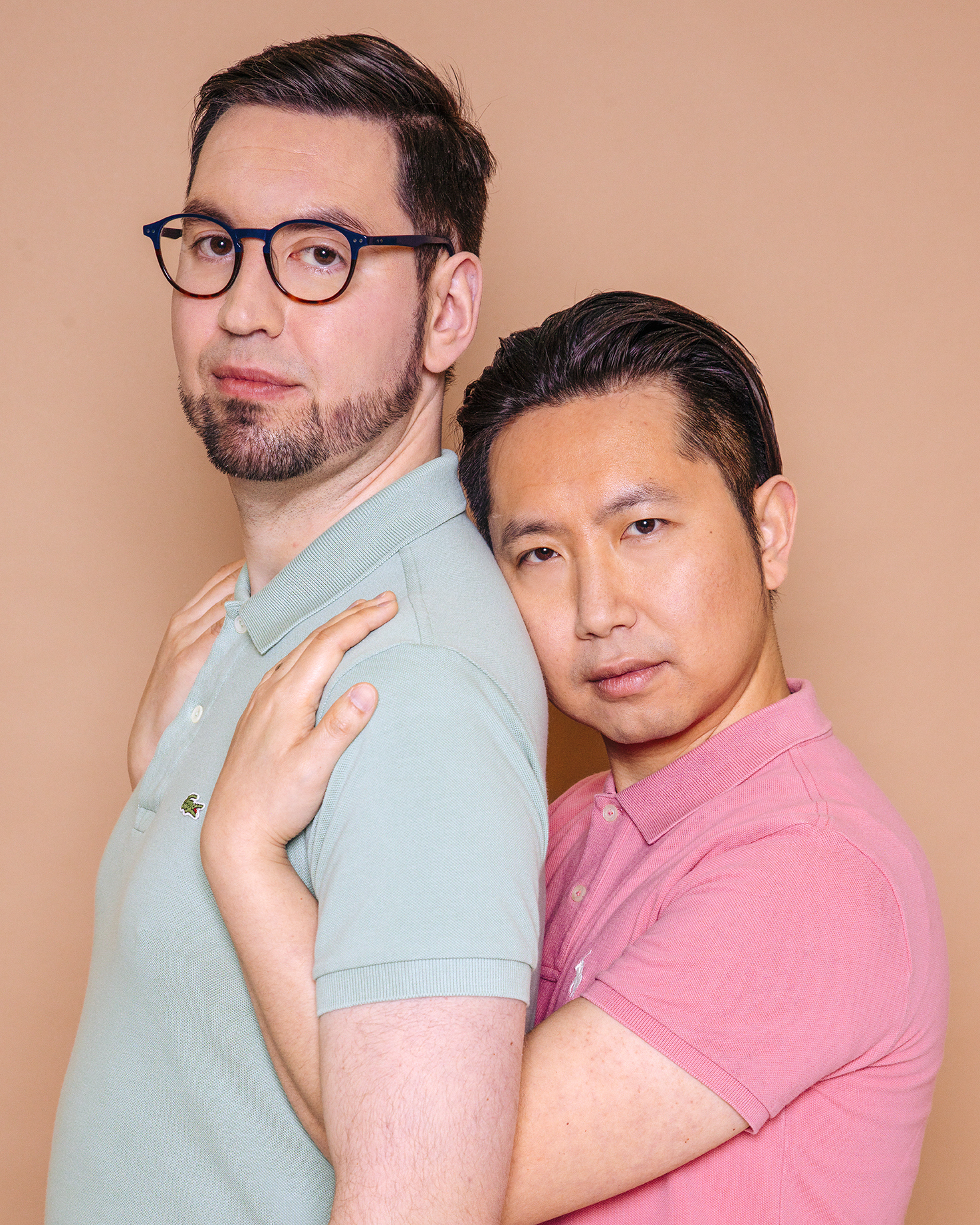 France (37, project manager) and Tom (36, data analyst) got married in 2019. They advocate the soft approach when it comes to seeking and finding acceptance for being gay.

Respect and harmony are magic words for Tom and France. Not only in their relationship, but also when they meet people who struggle with diversity. Tom: ‘We’ve had comments thrown our way on the street, people shouting something. France approaches that as ignorance. He says: they are learning. I think it is something derived off Chinese culture. The fact that you don’t just think: I am who I am and you just deal with it. But that you take into account the perspective and the process of the other. ‘

Tom grew up in Belgium and knew from a young age that he was ‘different’. ‘I was attracted to guys, but I couldn’t imagine being gay. I only knew the stereotype of the flamboyant feminine man. I did not identify with that. I had yet to learn that I belong to a group that is much more diverse. That realisation happened when I joined lgbtqia+ groups with an activist agenda in Brussels.’

France: ‘Many Chinese parents expect their children to study, work, get married and have children. My parents had those expectations too, but they didn’t exert a lot of pressure on me. They themselves had separated and reunited several times. They didn’t think they had the right to speak about how I would organise my love life. ‘

Before France came out to his mother at the age of 31, he made sure that he had ticked off all the required components in life. Study: check. Experience abroad: check. Good job: check. Stable relationship: Check. And then the news about Tom was allowed out.

France: ‘I hid my gay side for a long time. Sometimes I faked straight behaviour with comments about girls. I sometimes even circulated photos at family gatherings in China. That was difficult, but I felt it was worth it. I know my parents love me and I love them too. I wanted to make sure that the news about my being gay would cause them as little stress and worry as possible. That they would be happy for me and not feel sorry for me. To me that is an expression of respect for my parents. Why would I make it harder for them than necessary?’

The day of the wedding was unforgettable. Tom: ‘I was not at all concerned with the fact that I was getting married as a gay person. It didn’t feel like gay marriage, it felt like marriage.

In daily life I am not that occupied with being gay. I am much more than that. I’m a brother, son, friend.’ Still, Tom thinks it’s important to be visible as a couple. ‘We need beautiful love stories as a positive vibe. We don’t all have to be friends. But we live together in this world. Let’s celebrate love in all its facets. ‘<