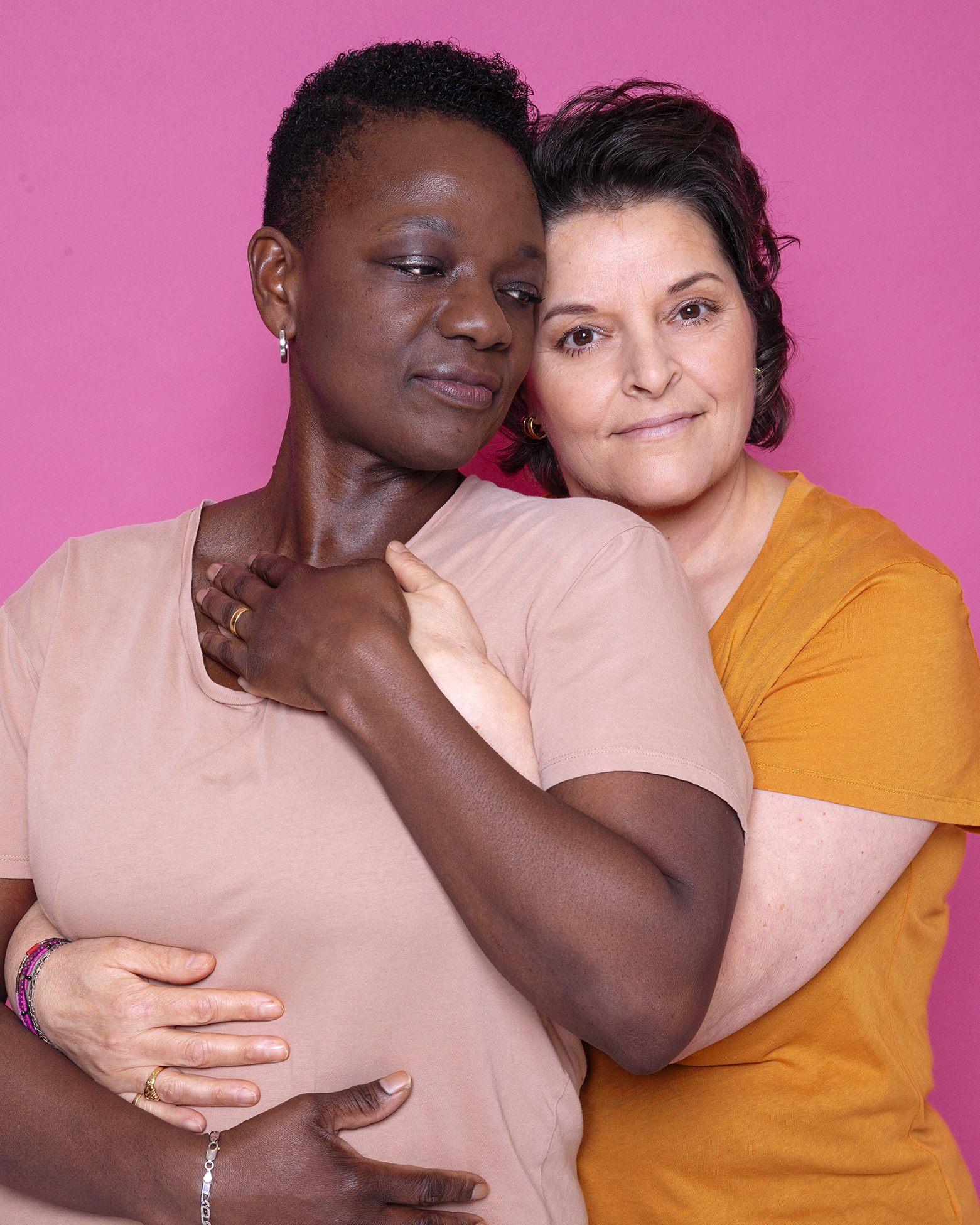 Carmen (52, violence management trainer) and Monique (51, mindfulness coach) met each other while going out. I think something is going to happen, Carmen thought as she went on her own to Vi-ve La Vie, a bar for lesbians.

Monique: ‘I went out clubbing in Amsterdam to meet the love of my life. I lived in a small village and there is less ‘supply’ there.’

Carmen: ‘When I saw Monique, I went up to her and we talked for ten minutes. We’ve not had a day since without being in touch. It was the beginning of our relationship.’

Both Carmen and Monique only started investigating their feelings for women after their thirtieth.

Monique: ‘I always had them. When I nevertheless fell in love with a man around the age of eighteen, I was enormously relieved. This way I felt I could lead a normal life. I remember that a female housemate once approached me. She started to touch me a bit and that triggered a tremendous physical reaction in me. I was shocked, but I did nothing about it. I chose to continue with my then boyfriend.’

During her relationships with men, Carmen also knew somewhere in the back of her mind that she liked women. ‘At a certain moment it started to itch. I found it hard coming out, but it had to be done, at least if you want to live a free life. In the end, I think people are always looking for that: freedom.’

Carmen’s parents and brother have accepted the change in her love life. Her sisters have struggled with it. ‘They are religious. Their first reaction was: we don’t want to hear it, don’t want to know, and we don’t really want to see you anymore. After a while they mellowed. They also understood what nonsense their reaction was. Am I suddenly different because I am in a relationship with a woman? Contact with them has not improved. But it’s okay. I accept that they struggle with it, but they accept that I live my life the way I want.’

Monique had to come out of the closet in a small village. ‘I found it complicated. My entire friends’ club was straight. Feelings like this were never discussed.’ In the end, Monique’s mother played a pivotal role. ‘She could see it in me. My parents and sister immediately accepted it and didn’t understand that I was making such a problem out of it.’

In 2019, Monique and Carmen tied the knot. In addition to romance, they find it important to showcase marriages and relationships between two men and two women.

Monique: ‘Love is a beautiful thing, and it manifests in many forms. I think it’s a good thing that soap operas and series nowadays almost always have LGBTQIA+ characters. The new generation already finds it much more normal. I can tell from my nieces, they just told everyone that their aunt was getting married to a woman. In my youth that was unthinkable. If I had seen same-sex relationships around me back in the village, I would probably have come out much sooner.’