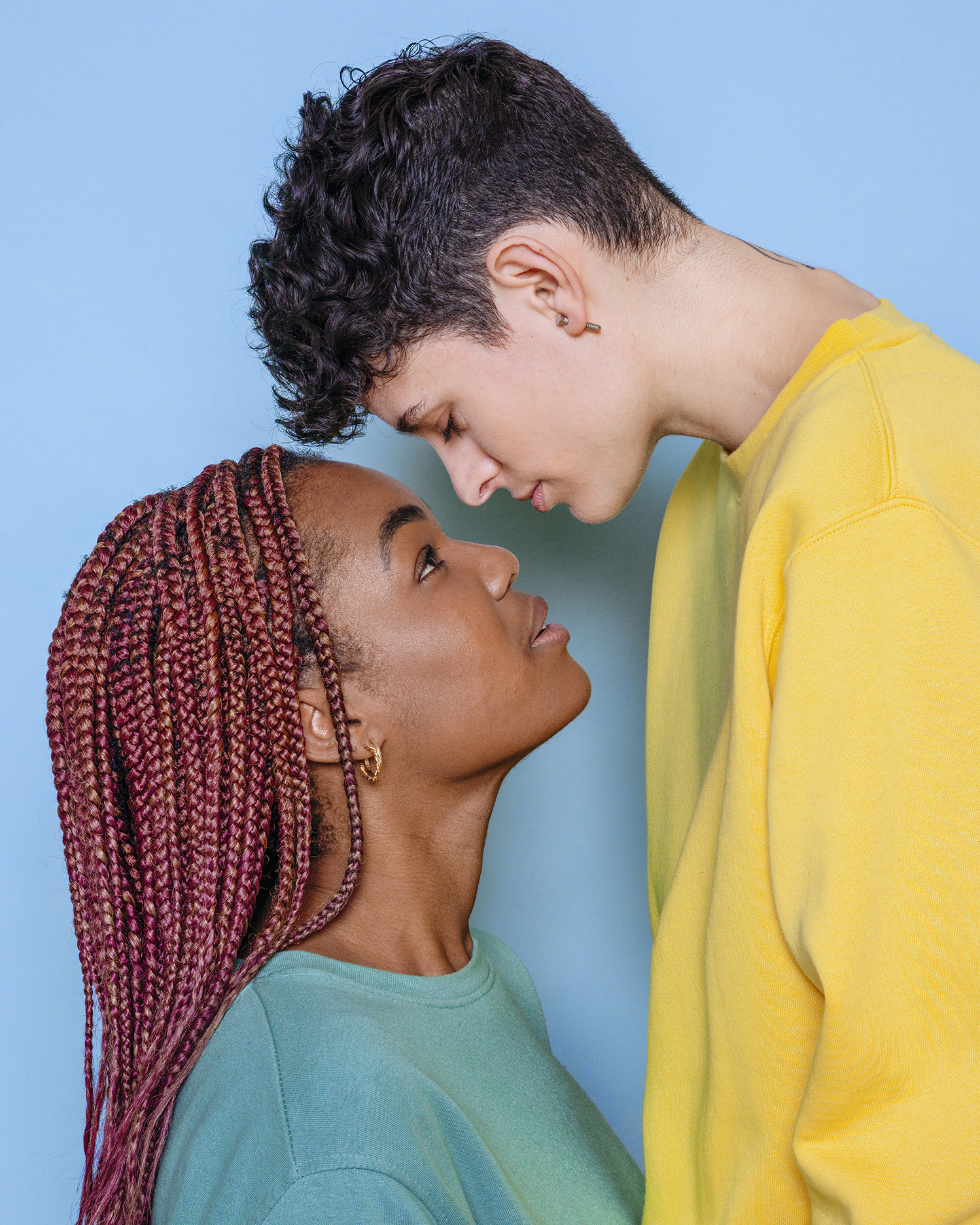 Activists Thorn (25, actor) and Mandy (30, presenter) are engaged and will be married next year. Thorn uses the personal pronouns they and them.

The spark was ignited when a photographer photographed Thorn and Mandy together during a feminist event. Thorn: ‘I had already seen her in a club, but now I thought: she is not only beautiful, we are also interested in the same struggle for emancipation.’

Mandy: ‘For me, being an activist is not a choice. It’s something I’d rather not be, but it’s me because I get up every day as a black queer woman. I am not a man, not white, not straight. So then you’re not ranked very high when it comes to meeting the so-called standard.’ Mandy has known all her life that she has to stand up for herself to achieve her rights. ‘When I was in 8th grade, my final test results were high: 548 out of 550. I was so bored in class that I started taking Russian lessons outside of school. Still, I got mavo (a lower-level secondary education) advice. My teacher literally told my parents that people like me – I was the only black kid in class – wouldn’t make it because we were too lazy. Eventually I passed the gymnasium (the highest-level secondary education) in six years as well as part-time education at the dance academy. With my diploma in hand, I went back to the primary school teacher. He couldn’t say anything to me.’

Thorn: ‘I am partly fighting for my own right to exist. I would like to move through a world with no restrictions. But my struggle goes further than that. I feel like I am taking the blows for the next generation.’

Mandy: ‘We can manage it; we have developed such a thick skin. Bring it on. We have each other, we have a community, our friends and family.’ Thorn: ‘I hope that a non-binary child of twelve doesn’t have to endure what I have had to endure.’

Thorn has had an acting role in the youth series Spangas de Campus, for a year now. He is the first non-binary character to appear on Dutch TV. An online post about this from NOS Stories attracted half a million views within a few hours, including 20,000 hate comments. Thorn: ‘Every day I received 200 messages in my inbox with texts like: Die. Hang yourself. I know where you work, I will wait for you and stab you.’

How do you deal with these kinds of extreme expressions? Thorn: ‘Keep your wits about you and focus on the positive. Namely: all those messages from young people who write about what it meant to them that they saw a role model.’

Thorn: ‘I think a lot of hate messages like this come from so-called key board warriors who attack people online all day long. It is not personal, and they will be focusing on someone else next week. But it is frightening.’

The impending marriage is also an act of activism. Mandy: ‘During the last election, there was a political party that wants to reverse marriage for people of the same sex. While people fought really hard to achieve that. Marriage is therefore also a sign of gratitude for us. A tribute to the people who made this possible.’ <