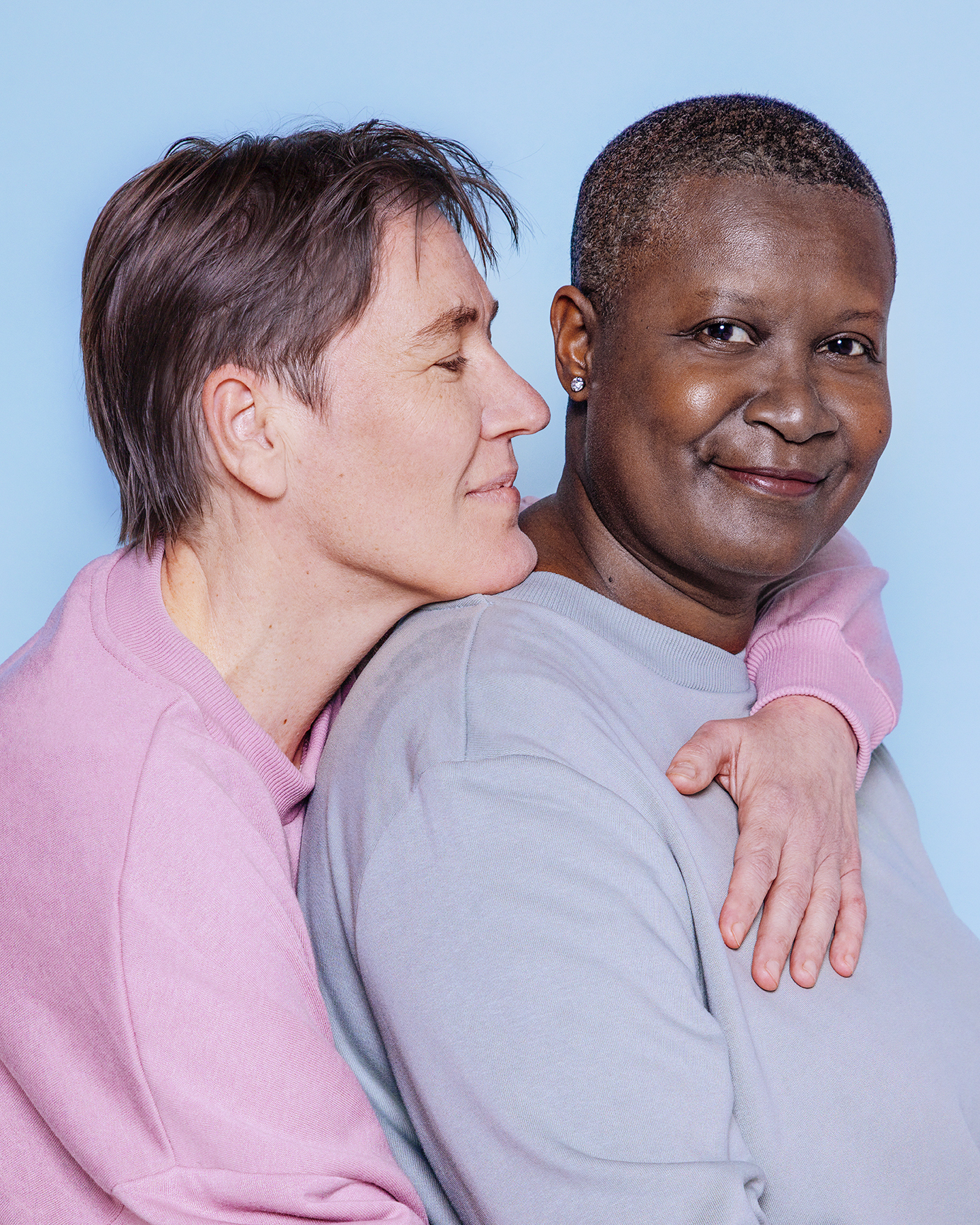 Patricia: ‘Just in the living room.’ Margot (laughs): ‘I can’t even remember.’ Patricia: ‘The wedding was small. It took place on a Tuesday afternoon with a few witnesses.’

Margot: ‘I didn’t think much of marriage, but now that I am married, I like it. I can say Patricia is my wife. Then people immediately know what is going on between us.’

Relatieplanet, a dating site, instigated their relationship. They exchanged endless chats and emails first. It clicked immediately. Until they saw each other’s photos. Margot: ‘She wasn’t my type at all.’ And vice versa. But still, Margot came to watch Patricia’s performance. Patricia fell hard for Margot’s appearance, but the other way around, a little more time was needed. ‘I had always been alone and never engaged in relationships. It took me a while to figure out whether I wanted a different life. And what kind of life that would be.’

Despite the fact they live in a small town in Zeeland, no one has created any problems about their relationship. Patricia: ‘People do look.’ Margot: ‘But whether they do that because we are two women or because Patricia is dark skinned, we don’t know.’

Patricia sings a lot in churches and always mentions beforehand that she is married to a woman. ‘Margot often comes along and I don’t want any hassle on the spot. No church has ever refused me.’

Patricia comes from a religious family; especially her mother is religious. Patricia: ‘I had a relationship with a man for years and was very afraid that my mother would reject me. You read about that sometimes, don’t you?’ She wrote a letter to both parents. Her father and brother had always thought she liked women. Her mother called and said, ‘I’ve read your letter, it’s okay, are you coming for dinner tonight?’

Margot’s parents didn’t mind that she was in love with a woman. Still, she experienced a struggle. Margot: ‘You want to belong to ‘normal’. Then you find out that you deviate from the norm. You have to give it a place for yourself before you talk to someone else. People asked me why I hadn’t raised it earlier. But they don’t have to go through that process.’

Patricia has spoken out about Black Lives Matter during the past year. ‘I have had to deal with racism since I was nine, but I never dared to express myself. It’s been a recent thing that I have started indicating that it is not normal to be mistaken automatically for the cleaner. And I think it is strange that people compliment met that I speak Dutch well.’

Margot: ‘When people ask me where I am from, I just mention my place of birth. Nobody is interested in where my ancestors lived. But when Patricia says she’s from Dordrecht, the response is: ‘Eeh, where are you really from?’

Margot does not experience this discrimination herself, but she stands next to Patricia who is going through a process of ‘increasingly becoming herself’. Margot: ‘It keeps our relationship sparkling.’ Patricia: ‘We always have a lot to discuss. And we laugh a lot together. In any case, it is never boring.’ <