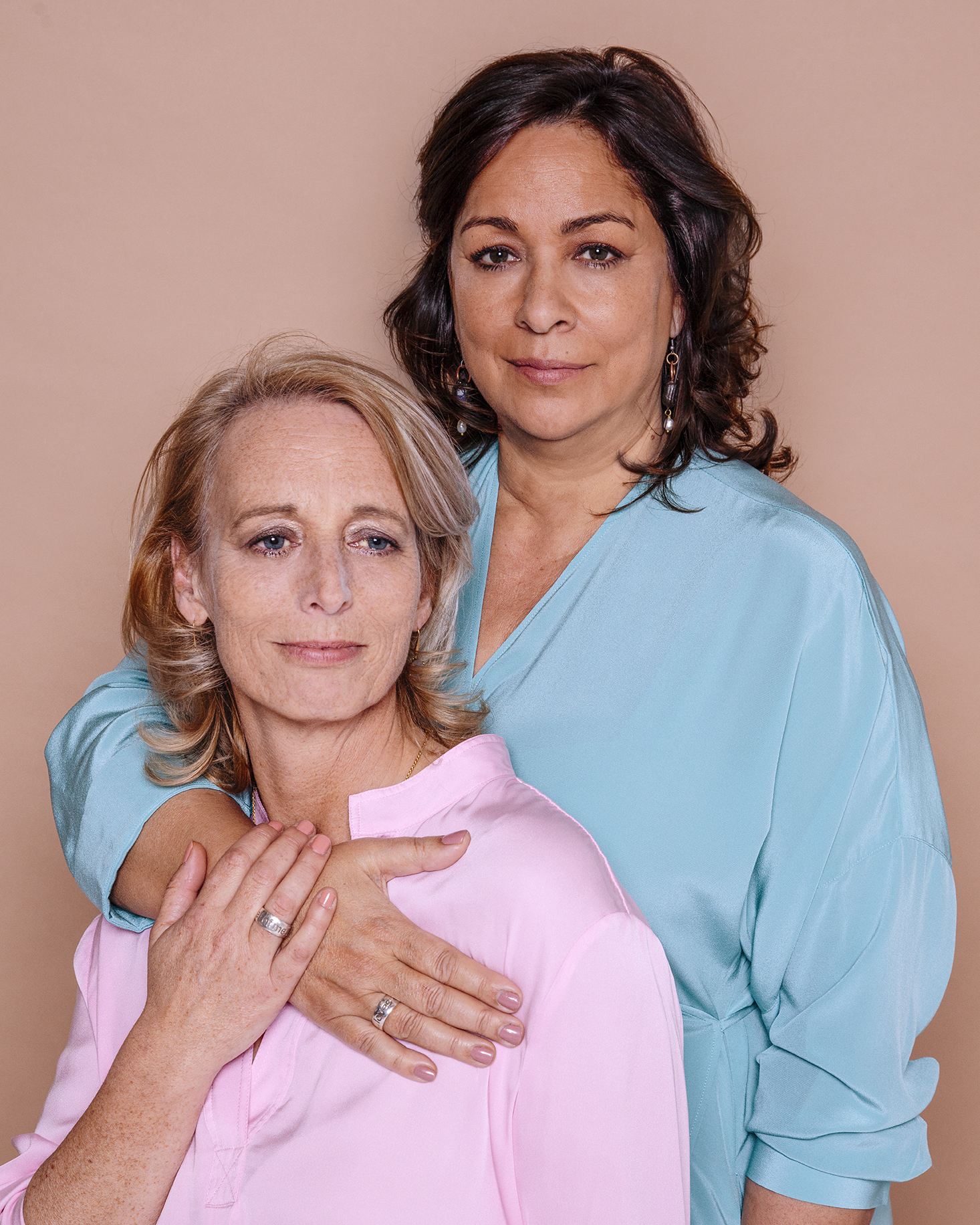 Jacqueline (49) and Patricia (53) are entrepreneurs. They met in France during a Heal your Heart retreat. Not much later they were in a relationship. They got married in 2015.

Jacqueline was the one who proposed to Patricia. She thought she should make a gesture: ‘I broke up a few times in the first two years of our relationship.’

Patricia, whispering from behind her hand, ‘Seven times!!’ Jacqueline: ‘But I never actually left. It played out like this: It’s over, but what’s for dinner?’

Both Jacqueline and Patricia had always had relationships with men. And Jacqueline needed time to experience that as a bisexual woman you only have to choose love, not one particular sexual identity. After four years together, Jaqueline officially asked for Patricia’s hand from her father. Jacqueline: ‘To me, getting married felt like the ultimate commitment. Like, whatever happens. I am with you, I will go with you. I’m holding on to you and I will not let you go.’ For Patricia it was particularly important that everything was arranged well legally, in terms of inheritance and so on.

Patricia: ‘The fact that we can live safely as a married couple in the Netherlands feels like an enormous privilege.’ Jacqueline: ‘I’m never on guard in public. I walk hand in hand with Patricia, give her a kiss.’

Patricia: ‘I travel half the year, for work but also with Jacqueline. I spend a lot of time in African countries. I always watch out in these countries. When people ask me if I am married, I say “yes”. But otherwise, I keep my mouth shut about the fact that I am married to a woman. In many places it is just dangerous not to be straight. And in countries like Russia or Poland, you know: you really shouldn’t go there as a same-sex couple.’

They describe traveling as ‘shuttling between a safe and an unsafe bubble’. And that is exactly why Patricia said “yes” to participating in this series, even before consulting at home. Patricia: ‘I never really like the limelight, but now I really feel the need to convey: This is us, we love each other. We are two bisexual women, WE ARE MARRIED.’

Jacqueline: ‘Homosexuality is prohibited by law in 69 countries. In nine countries it is even punishable by death penalty. And although I don’t notice it myself, there are reports that it is also becoming more intolerant in the Netherlands. People are still being murdered or abused because of their choice of partner. So it remains important that we show ourselves and that we can be heard.’ <