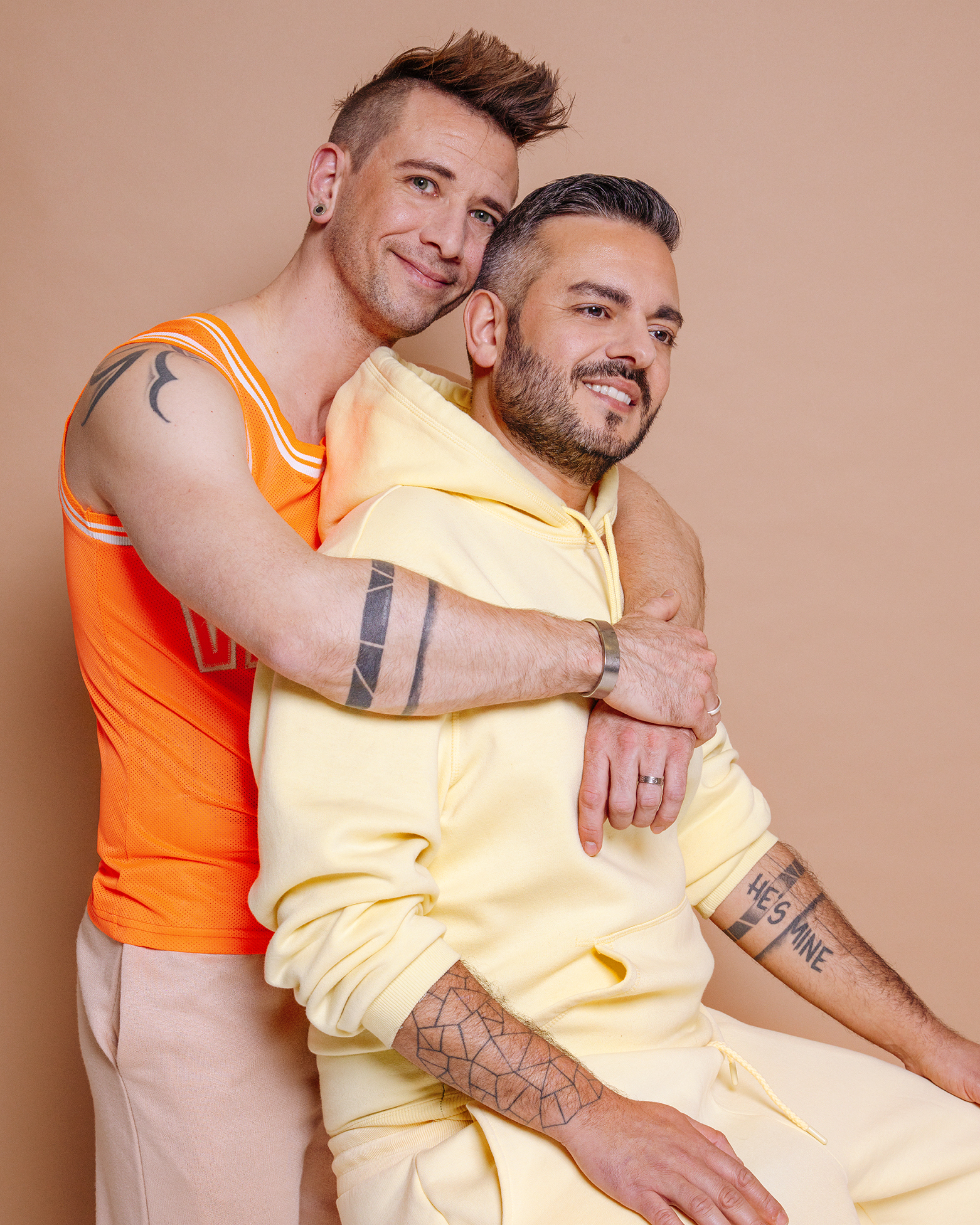 Kevin: ‘I proposed to Nelson while we were hiking in the Alps. He felt like the right man for me. The wedding ring burned in my back pocket all day. But when I got down on my knees, Nelson unzipped his pants.’

Nelson, screeching, ‘I thought something completely different was about to happen!’

Kevin: ‘I am shy, but I am an activist. I pay just as much tax as everyone else, so I also want equal rights. This includes being able to marry Nelson. When I say he is my husband now, I feel a fluttering in my stomach.’

Nelson: ‘I got married purely because Kevin is the one.’

The wedding took place with a few guests present in Iceland. Nelson: ‘We wanted a waterfall in the background. It became a cave with a lot of candles because it was raining hard.’ Kevin: ‘In Iceland, a gay couple can get married in the church, but we opted for a traditional ceremony that was thousands of years old. In it the souls of people are connected with each and gender does not play a role.’

In Kevin’s and Nelson’s childhood home, homosexuality couldn’t be mentioned. Nelson’s Portuguese father threatened to harm his son if he ever saw him with a man. Nelson: ‘I was seventeen and instantly disappeared back into the closet for another two years.’ Kevin’s Belgian mother and stepfather have never been able to accept it.

When Nelson was nineteen, he confronted his father again. ‘I said, this is who I am, this is how I’m going to live. If you want to hurt me, save your time and do it now. Nothing happened, but it remained a taboo at home. I couldn’t bring friends home. It wasn’t until years later, when he returned to Portugal, that he came around.’

Kevin (laughs): ‘That was because I gave him Belgian beer through your mother. Now I go with Nelson to Portugal, we sleep together in the room next to his parents.’

Nelson: ‘I never blamed my father for having a problem with it. He is from a different generation and culture. He only knew gays from television and couldn’t understand I was like that.’ It was far from easy, but in retrospect, the struggle brought Nelson a lot. ‘I was independent from a young age. And very ambitious. I knew I could lose everything, and I had to be able to take care of myself. I lived as if every day was my last; that was a realistic scenario. I now realise that my life has no restrictions. Not only do I live gay, but I also run a business in fetish toys. I feel empowered. I notice that in very small things. For example, how I sit down in the tram. I no longer bother to disguise a so-called feminine posture.’

Kevin and Nelson recently moved from Amsterdam to Almere. Kevin: ‘We live on a small island with families. Everyone is very openminded. I bake cakes with the neighbours and we get drunk together at the neighbourhood barbecue. Parents ask our advice when a boy likes another boy.’ Nelson: ‘All of this makes me hopeful for the future.’ <