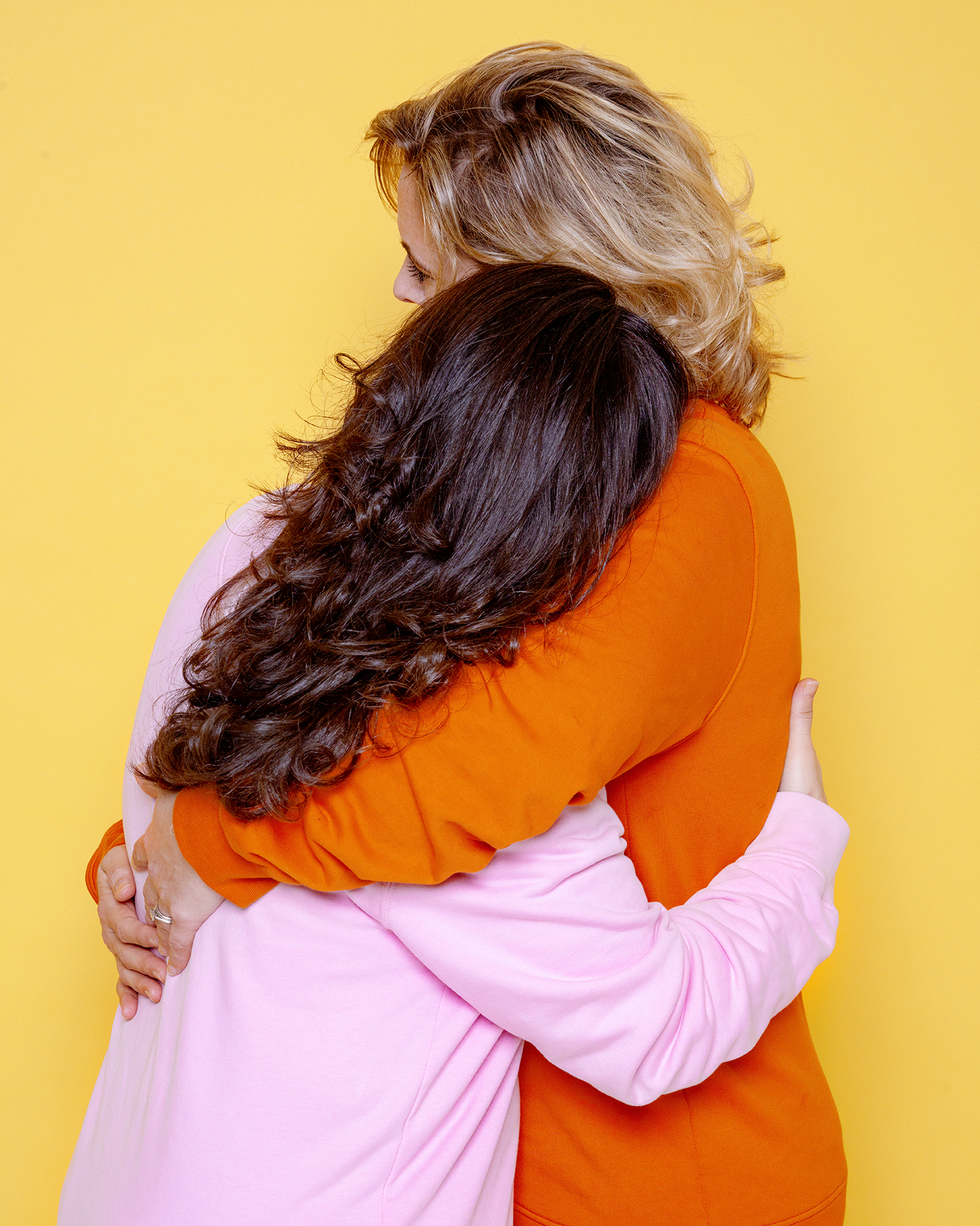 Rahma (39, strategic account manager) and Inge (41, works in the sports world) got married in 2017. Their son Ravi was born two weeks ago.

At a first glance, Rahma and Inge differ like day and night. Rahma is a slender Muslim woman wearing bright red pumps with long wavy curls. Inge is a blond sports freak on Nike airs. And yet they are each other’s true love. When they had known each other for two months, they moved in together ‘very lesbian’, and a year later they were married.

Rahma grew up in a religious Muslim family and she was married off to a much older man at the age of 16. ‘A drama. My mother had secretly advised me to divorce, which gave me the strength to break free when I was 20 years old.’

Inge grew up in the bible belt, and the acceptance process in her family did not evolve smoothly either. ‘My mother thought I copied it from a well-known Dutch soapie on television, which featured a lesbian character at the time. She suggested that I really didn’t have to give in to those feelings at all, right?’

Inge’s parents have changed over the years. Inge: ‘In his wedding speech my dad spoke more about Rahma than about me.’ For Rahma’s family, the relationship is non-existent. ‘They pretend Inge is my roommate.’ They don’t know anything about the baby Rahma carried and gave birth to. Rahma: ‘I was pregnant during corona. A perfect cover for not having to see anyone.’

Inge: ‘We have to of course inform Rahma’s family someday. They are very nice people and I really want Ravi to get to know them.’ Rahma: ‘I’m trying not to worry about it right now. I am happy and want to enjoy the cloud I am on right now.’ Rahma’s brothers and sisters grew up in the Netherlands and they lead a modern life. But according to Rahma they are still under their father’s influence. Rahma: ‘When he dies, I think there will be space for the truth.’

Meanwhile, Rahma and Inge do not only encounter cultural and religious obstacles but also legal ones. Inge relates how she went to report her new-born son to an Amsterdam district office but was sent away there. ‘I thought, we are married, so I am the parent of the baby born in this marriage, just like in a heterosexual marriage. Nope. Legally, I don’t belong to Ravi, so I can’t report him to the registry office. Later I found out that I should have brought a certificate from the fertility clinic to the municipality.’

It led to a painful and sad situation. Rahma: ‘This information was not provided anywhere. On the site of the municipality you can find information about what documents to bring to register your child. But information about such a form from the clinic is lacking. It is also not included in the brochure of the midwifery and fertility clinic. It says, everywhere in the brochures, that a child born in a marriage does not have to be recognised. But it doesn’t state anywhere that this is different for lesbian couples.’

Inge: ‘It bothers me is that there are no equal rights between married people. While that impression is created. I am married, but I still have to recognise or adopt my child. I have to go to a lawyer to get advise on it. While a married straight couple automatically become parents of a newborn baby. Even if the man is not the biological father of the child. Politics: Do something about this!’<