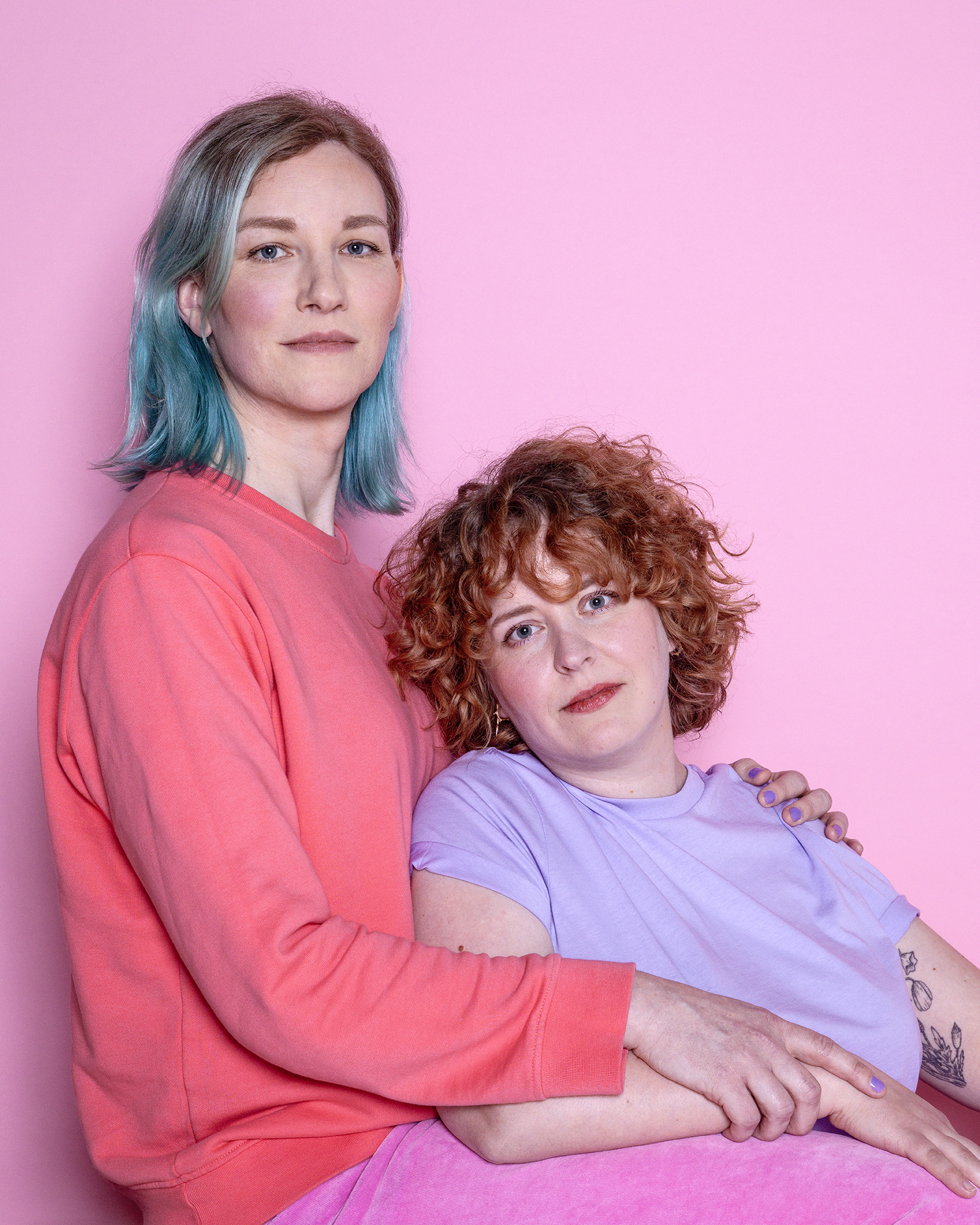 Anne (39, engineer) and Daniëlle (32, production coordinator) got married in 2020. If you ask them about the first years of their relationship, they will tell you:

Anne: ‘It was a great time!’ Danielle: ‘We were a happy young couple.’

After about nine years, Daniëlle came home late one evening. ‘I thought Anne seemed giggly and busy. I said to her: I have no idea what’s wrong with you, but in the morning you’re going to tell me.’

Anne: ‘At breakfast I said: I think I am trans.’

Daniëlle: ‘I was silent for a moment but then I realised that this was not just something. This was huge.’ Before she knew Daniëlle, Anne had wondered whether she really was a man.

Anne: ‘When I looked into it at the time, I read stories about little boys who from early childhood wear their mother’s clothes and only play with dolls. Or about older men, who secretly wore lingerie for years, they come out later in life and are then forced to separate from their wife and family. I couldn’t identify with that, so I thought, no, I’m not trans.’

That changed when more trans experiences and stories surfaced. Anne: ‘It turned out to be a very diverse group, in terms of feeling, identity, but also in terms of medical choices.  I did recognise myself in some experiences. Little things, like apps that feminise or distort your face, provided little moments of happiness. All in all, it became clear to me that I had to act on this.’

Anne’s greatest fear was that she would lose Daniëlle.

Daniëlle: ‘I could not completely remove that fear in the beginning. It was quite a tough time for us.’ Anne: ‘I couldn’t see clearly what I wanted, or where I wanted to go.’

Daniëlle: ‘We started to discover it together. We talked endlessly, asked each other many questions and re-examined ourselves and each other.’ Anne: ‘We went to look at pictures of different types of women and what my feelings about them were.’

Daniëlle: ‘That may sound superficial. As if transition is only about appearances. But these were the ways we answered questions like: who are we, who do we want to be?’

Because of Anne’s process, Daniëlle started exploring the feelings she had for women. Daniëlle: ‘Before Anne came out, I ignored these feelings. Like: why would I ask myself those difficult questions, who knows what I will stir up? But now I couldn’t escape it.’ Anne: ‘It is great that we stayed together, despite the fact that so much has changed.’

Daniëlle: ‘It can be terrifying to come out, because you are afraid of the great unknown. And of everything that can break. But now I can proudly say that it actually yields a lot! Anne’s transition has strengthened our relationship. Only then did I start thinking about getting married. Before Anne’s transition the thought of marriage did not cross my mind.’

Anne: ‘If you think that you are stronger with your partner than alone, then a marriage is a great way to affirm that.’ Danielle: ‘I proposed to Anne. I wanted to show her that I am here for her whatever happens. It doesn’t matter what phase you or I go through, together we are strong.’<