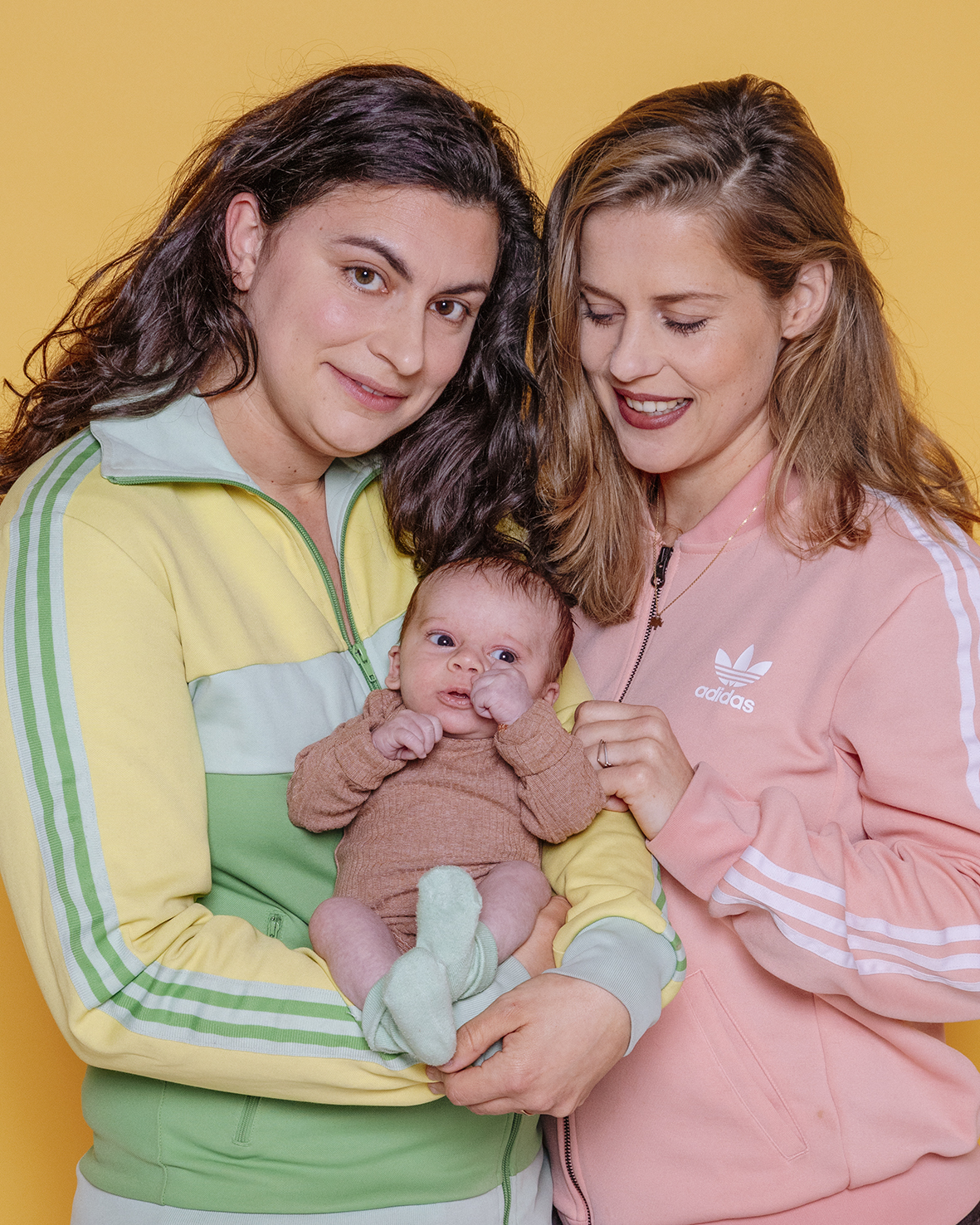 OH, NOOOOOO Anna cried when Bette proposed to her and fished a wedding ring out of a pile of oysters. Anna: ‘I had been preparing for five months to get on my knees for Bette. Everything had to be perfect. But she beat me to it. ‘Bette: I had the idea the day before and I had visited the nearest jeweller.’

Bette: ‘I absolutely never wanted to get married, I can’t relate to this Christian tradition.’

Anna: ‘I persuaded Bette. In so many places in the world, queer people – those who fall outside the hetero norm – are fighting for equal rights. For the opportunity to be open about their love, to be able to get married. I think the fact that we can get married forms the reason to do it.’

Six years ago, Anna, then 28, knew for sure she would never find love again. ‘I did one last goodbye round on Tinder before I was going to resign myself to a solo existence.’ She met Bette online. Bette wanted to explore her feelings for women after having had relationships with men.

Anna: ‘I was very cautious. Bette was dripping in ‘bi-curiousness’. This is typically someone who wants to experiment with a woman around the age of thirty.’ It is a well-known phenomenon in the women’s scene. It usually causes a lot of trouble. But not in this case: four months after the first date, Anna moved in with Bette.

Neither of them ever encountered even mild opposition to their choice of partner. When Bette called her mother crying that she was in love with a girl, her mother responded: ‘I was not expecting this anymore, but why do you have to cry about it?’ Anna never had to come out. ‘I was just dating a girl when I was fifteen.’ Bette: ‘Yes, but you played football at a high level and 80 percent of your team was lesbian. You should have come out if you were straight. ‘

Finding a father for Ted also went smoothly. A good friend of the couple had already expressed his willingness before Anna and Bette had even considered motherhood. They have made agreements about his role. Ted has two parents, Anna and Bette. The donor will play an emotional role in Ted’s life. Anna: ‘It is a pity that he is not listed as a donor on Ted’s birth certificate. According to the law, only two adults can be included. With the new forms of parenting that exist nowadays, this should be changed.’

Ted is now four weeks old, but one of his mothers – Anna – has no legal say about her child yet. She could have legally recognised him and thus obtained legal parenting. Nevertheless, she has decided to adopt him, a process that will take three months. It is expensive and in theory risky, because Bette could still change her mind. They are trying to prevent problems abroad by opting for adoption. Anna: ‘We love to travel, but our marriage is not recognised in many places outside the Netherlands. That can pose a problem if something happens to Bette. I might not have anything to say about Ted. And I might not even be able to get him out of the country. Adoption nullifies that risk.’ <