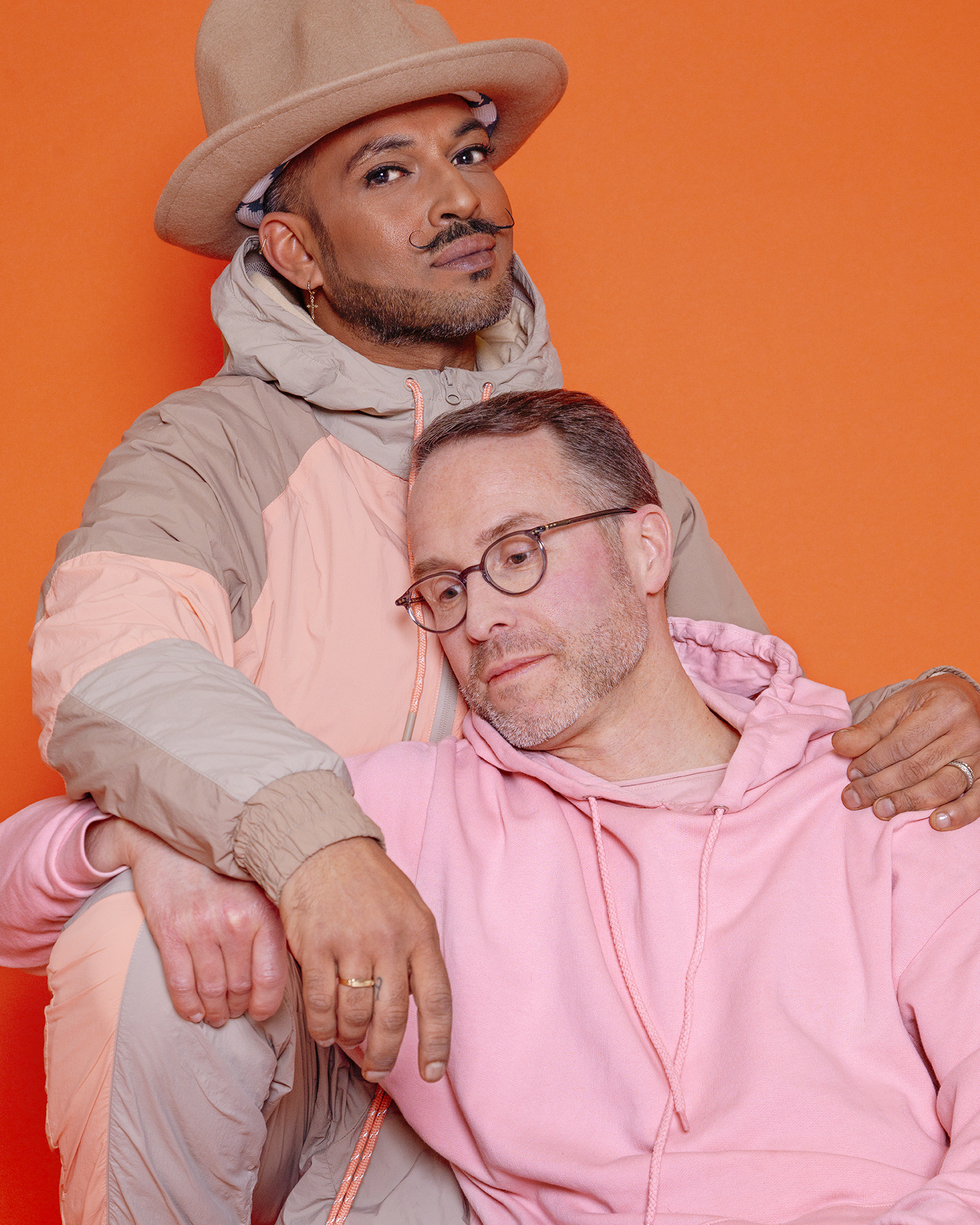 The calm Limburg man Patrick and the eclectic, colourful Avi got married in 2019 in Hotel Arena in Amsterdam. Avi (44, barista): ‘It was preceded by a five-month production process.’ Patrick (46, manager): ‘It was the best day of our lives.’

Patrick and Avi know each other via the internet and they met each other at Patrick’s house. ‘When he walked inside, I thought at first: what a cockatoo. But we had an instant connection. Avi: ‘In the gay scene it often happens that a first date is mainly about that one thing. We just talked for hours and hours. So much warmth and emotion was released.’ Patrick: ‘At one point Avi asked: can I give you a kiss? When he left, I was in love.’

Avi was born in Suriname and lived in Hoorn since he was six. He was a dark boy who went to school covered in make-up, already at the age of eleven. ‘My mother encouraged that.’ She never thought it was a problem that he was gay. It was different for Dad. Avi: ‘He is a traditional Hindu man, there was a lot of friction between us for years. But I really wanted to sustain a bond with him. I took part in a lot of drag shows since I was 20, and then I asked him if he would like to get to know my world. He agreed. I took him to a show. He instantly became friends with my drag friends, and he has since become a second father to them. He pivoted his views a complete 180 degrees.’

Patrick didn’t tell his parents he is gay until he was in his early thirties. ‘I was afraid of rejection. Sometimes you read that parents no longer want to know their children because they are gay? And in the South Limburg village where I grew up and where they still live, gay sexuality is not a daily topic of conversation.’ The fear turned out to be unfounded: ‘My parents were mainly upset because I had carried it in me for so long. In the village I am now also accepted.’

Avi and Patrick were inseparable from the start. Avi moved in with Patrick within six months. Avi: ‘Patrick’s house had a minimalist design. And I always joke that he has germ phobia.’ Patrick: ‘During the move, I thought, how many clothes can someone own! Avi also brought all kinds of skeletons and stuffed animals with him. There was even a canary bird from his freezer that he wanted to stuff. I said: very beautiful Avi, but we don’t have to showcase them all, do we?’ Together they have turned their home, life and love into something very beautiful. A mix of tastes and preferences. Patrick: ‘We are opposites, which is great. Avi brings excitement to my life. I bring peace to his.’

When they were together in Suriname for the first time, Patrick proposed to Avi. Avi: ‘I had been fishing all afternoon and I smelled like shrimp. I just stood there with my fishing rod while Patrick got down on his knees.’ They got married a year and a half ago. Patrick: ‘A wedding adds an extra layer to our love.’ Avi: ‘There were family and friends from all over, bridal children, beautiful decoration; everything was perfect. But in the end, that day was all about us and our love. That constant source of happiness.’ <